Peter Lucido: Republican tells female reporter group of 30 schoolboys ‘could have a lot of fun’ with her 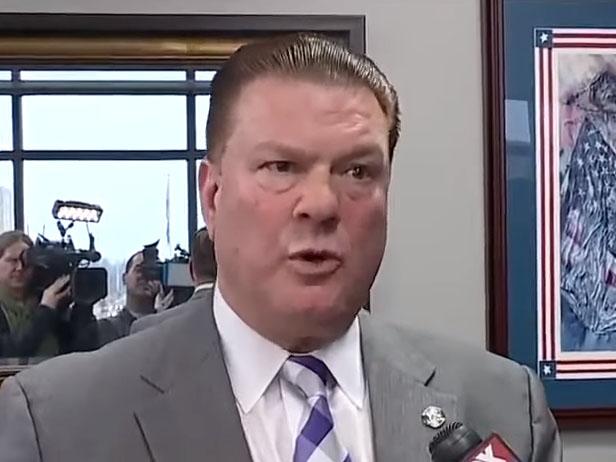 A Republican lawmaker is facing calls for a sexual harassment investigation after he told a young female reporter that a group of high school boys “could have a lot of fun” with her.

Peter Lucido, a Michigan state senator, has been accused of making inappropriate comments to local reporter Allison Donahue during a tour of the state Capitol.

Ms Donahue said the senator told her he would speak with her after addressing a group of about 30 boys who were visiting from De La Salle Collegiate, a nearby all-boys Catholic school.

“You’ve heard of De La Salle, right?” Mr Lucido asked the reporter, who said that she had not.

Ms Donahue has said she found the comments “belittling” and she was left feeling “objectified and humiliated” by the encounter.

The lawmaker told the Detroit Free Press his comments had been misinterpreted and insisted he was “not talking about anything sexual”.

Nevertheless, he later apologised for the incident on social media.

“I apologise for the misunderstanding yesterday and for offending Allison Donahue,” Mr Lucido said.

Mike Shirkey, the Republican state senate majority leader, has condemned Mr Lucido’s remarks as “unacceptable” and issued a joint letter with Jim Ananich, the Democratic minority leader, calling for a sexual harassment investigation into the case.

“Sexual harassment has no place in the Michigan Senate. We take these allegations very seriously and trust that you will take appropriate action to resolve this matter,” Mr Shirkey and Mr Ananich wrote in a joint letter to the state’s Senate Business Office.

Officials from De La Salle Collegiate – a school Mr Lucido said he attended in his youth – have distanced themselves from the state senator and his comments.

“Senator Lucido’s comments do not represent De La Salle nor the values and conduct we instil in our young men,” the school said in a statement.

“We are very sorry the reporter was put in this position and we have met with the boys who were on the tour to discuss the improper nature of this situation.”

“This is disconcerting coming from the chair of the committee in which most bills regarding violence against women are heard,” Ms Brinks said.

Why are we still so afraid of the term horror?