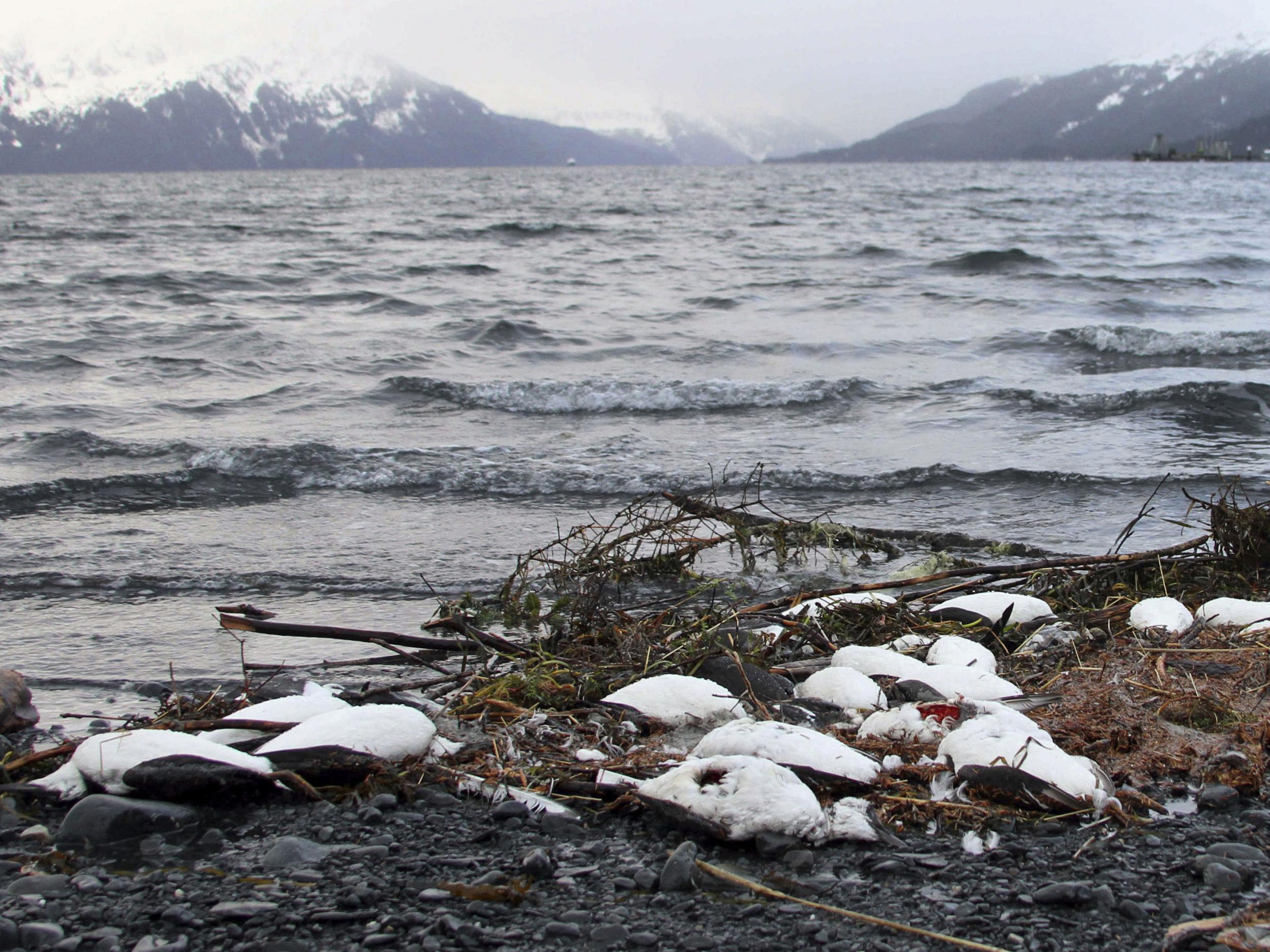 Nearly one million seabirds died in one year during an “unprecedented” mass die-off caused by a huge area of unusually warm water known as “the blob”, according to scientists.

More than 60,000 dead common murres, a fish-eating species, were found severely emaciated on beaches from central California north towards Alaska between May 2015 and April 2016.

Researchers from the University of Washington and the US Geological Survey have said they believe a long-lasting period of warmer water temperatures off the Pacific coast contributed to the deaths by unexpectedly reducing the food supply in the area.

The mass die-off is a “red-flag warning” for the damaging effect ocean warming can have on marine life, according to the author of a study on the deaths.

John Piatt, lead author of the study and a research biologist at the US Geological Survey’s Alaska Science Centre, said the “magnitude and scale” of the die-off is without precedent.

“It was astonishing and alarming, and a red-flag warning about the tremendous impact sustained ocean warming can have on the marine ecosystem,” Mr Piatt said.

The warming began towards the end of 2013 and intensified during the summer of 2015 with the arrival of a powerful example of a weather phenomenon known as El Niño.

This heatwave led to the creation of a 1,000-mile stretch of ocean, referred to as “the blob”, where sea temperatures were warmed by 3 to 6C.

A number of other species, such as sea lions, tufted puffins and baleen whales, were badly affected by the increased temperatures and also suffered less severe mass die-offs.

The warming caused a huge drop in the production of microscopic algae, which feeds a range of animals, and led to an increase in harmful algae along the US west coast.

Mr Piatt added that the die-off was “likely compounded” by warmer temperatures increasing the metabolism of predatory fish in the area and increasing competition in the food chain.

Julia Parrish, the study’s second author and a University of Washington professor, said the findings show how a warmer ocean is “a very different environment and a very different coastal ecosystem” for species.

“Seabirds, as highly visible members of that system, are bellwethers of that change,” she added.

The research team’s findings have been published in the journal Plos One.